Break Out Of Hareka's Underground (Boohu) is a roguelike game mainly inspired from Dungeon Crawl Stone Soup and its tavern, with some ideas from Brogue, but aiming for very short games, almost no character building, and a simplified inventory. 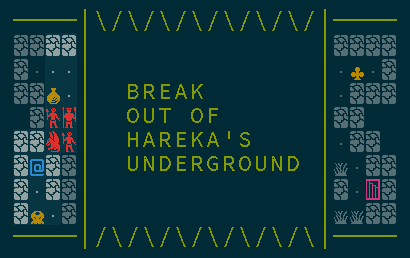