Dungeonmans: The Heroic Adventure Roguelike! Set out to explore a vast continent with dark dungeons and ancient ruins, meet your foes on the field of battle, and snatch up all the loot you can carry along the way. Build up your Dungeonmans Academy, a persistent bastion of knowledge that serves as your home base! As the Academy grows, graduates gain more power, and fallen Dungeonmens can pass their wisdom and experience on to future graduates. Fight fierce monsters in tactical combat where position and clever use of powers matter! Build your hero any way you like: choose powers from any number of mastery trees and design the champion you want. Spellcasters in plate mail? Dual wielding archers? The choice is yours. High adventure, dangerous combat, incredible treasure and a sense of humor. Welcome to Dungeonmans.

Dungeonmans is currently available on Steam via Early Access.[1] The build is updated every two weeks, with a final release targeted for Fall 2014. Development updates are available on the website[2], Twitter [3], and via twice-weekly live development broadcasts on Twitch[4].

Dungeonmans Kickstarter and the Summer Preview 2013

In July 2013, Dungeonmans was the source of a successful Kickstarter campaign that raised about $43,000 for the project. [5] A special Summer Preview build of Dungeonmans is available to the public. This build represents the work done to Dungeonmans since the original 2010 Alpha release. Full time development picked up for Dungeonmans in the middle of 2012. The game is fully playable and contains a start to finish arc that spans many hours of play.

The core of Dungeonmans is dungeon exploration and monster crushing. Over a large procedurally generated world player venture out to find dungeons, ruins, temples, and other places worth exploring. Combat is turn-based and tactical, and all heroes have access to a multitude of Skills that encourage smart positioning and constant movement. Even melee fighters are given these types of powers, with sashes, area effects, sweeps, and cones used to corral enemies and crush them down.

New heroes in Dungeonmans pick from a variety of Masteries available to them. They can begin with a core set, conveniently grouped into classes such as Fighermans and Rangermans, or they can choose entirely a la carte and build the hero they like. From the beginning onward, players are free to spend advancement points as they choose, and aren't tied down to a single class.

A core part of the Dungeonmans adventure is the Academy. New heroes begin at this Academy, an ever growing bastion of learning and knowledge. As heroes adventure across the land, they'll find various artifacts, discoveries, and pieces of lost knowledge they can return to the Academy in order to make it better. Academy upgrades give some rewards to the current hero, as well as larger benefits to future heroes, such as the ability to begin with some of the world's consumables pre-identified, or have a boost to their starting stats. With the unfortunate passing of each Dungeonmans, the Academy Graveyard grows, but hopefully so too does the power and knowledge of the institution.

Dungeonmans has a focus on lighthearted setting with a bit of tongue-in-cheek humor. The gameplay is serious, the game world is not. Accessibility is also a primary goal for the game. The roguelike genre is full of fantastic games that are deemed unapproachable by people who are afraid of ascii graphics and complex command schemes. Dungeonmans has a gentler learning curve than most roguelikes while still holding true to the virtues of permadeath and a dangerous, unpredictable dungeon.

There's a plethora of screenshots, as well as constant development updates, available on the website, http://www.dungeonmans.com 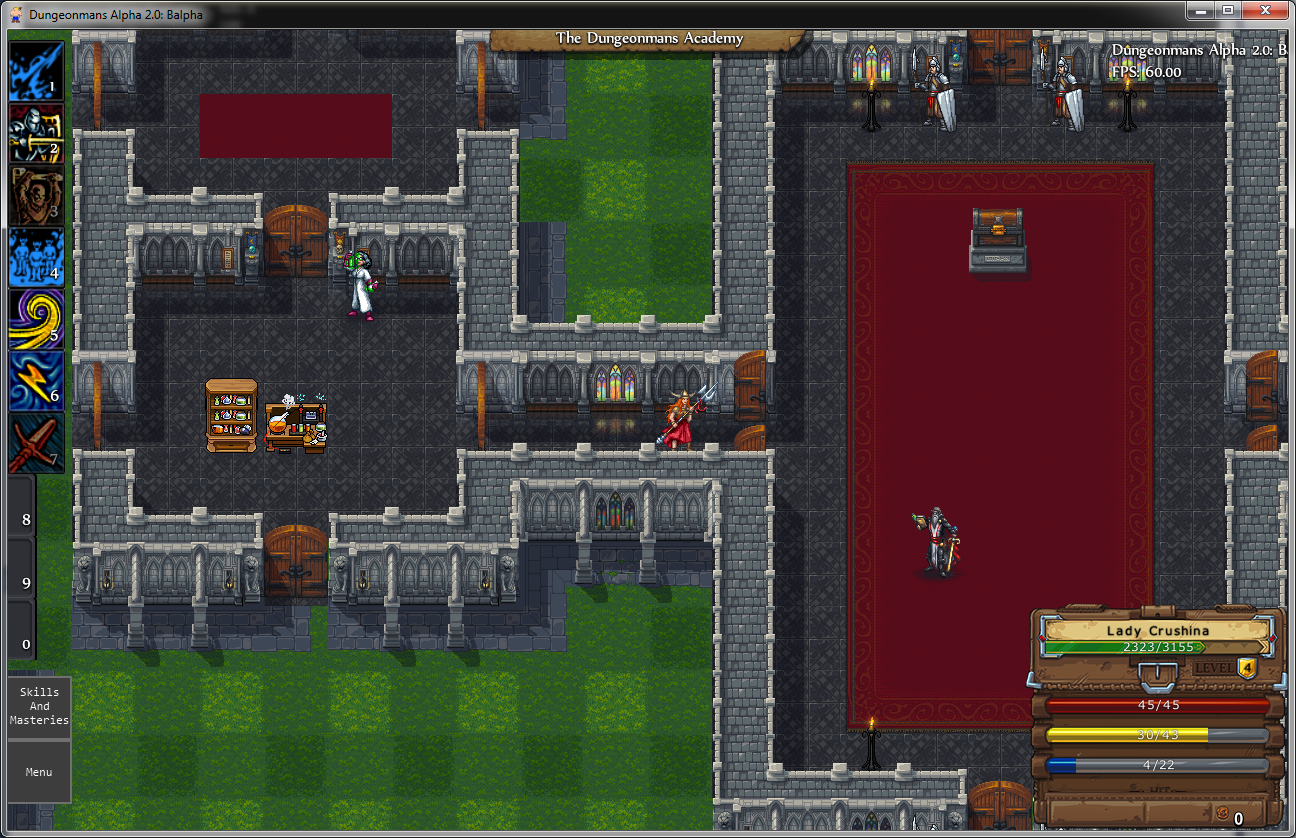 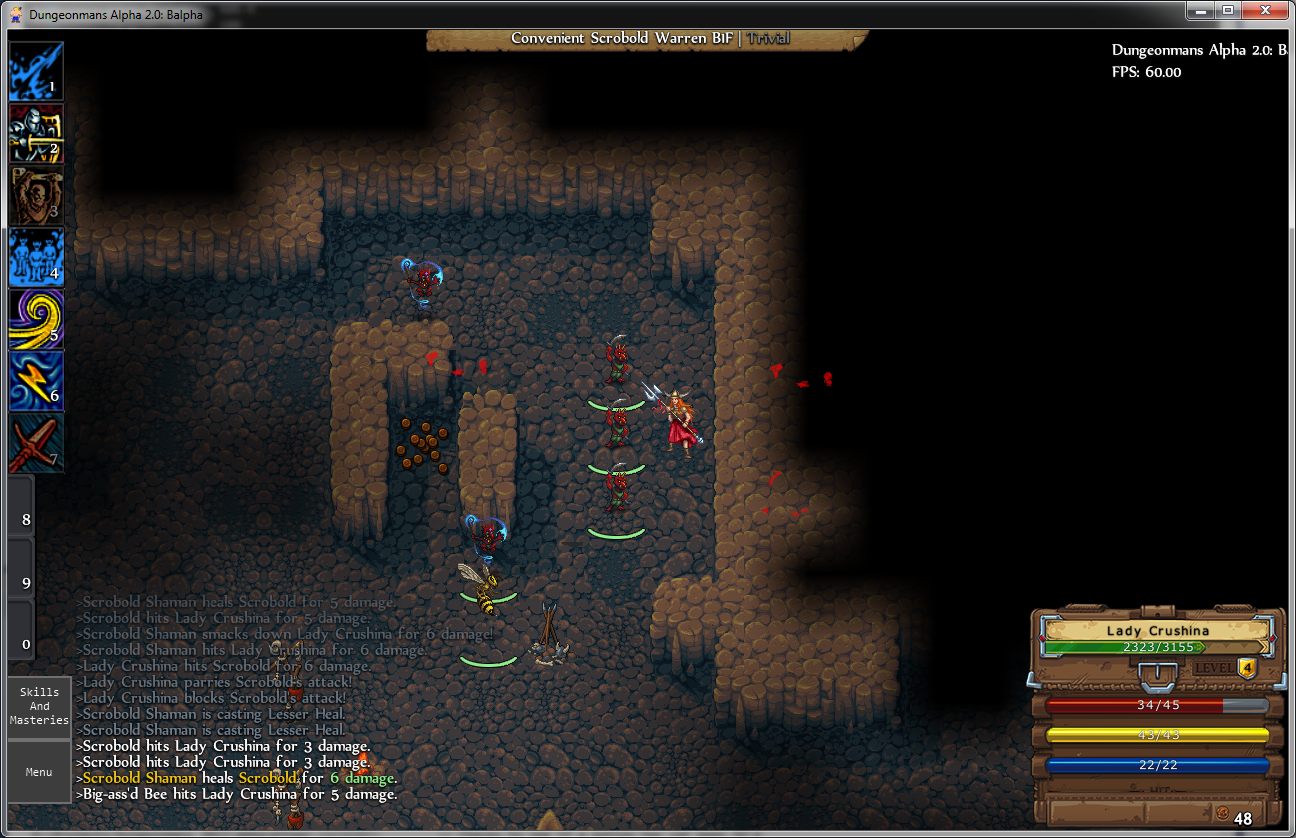 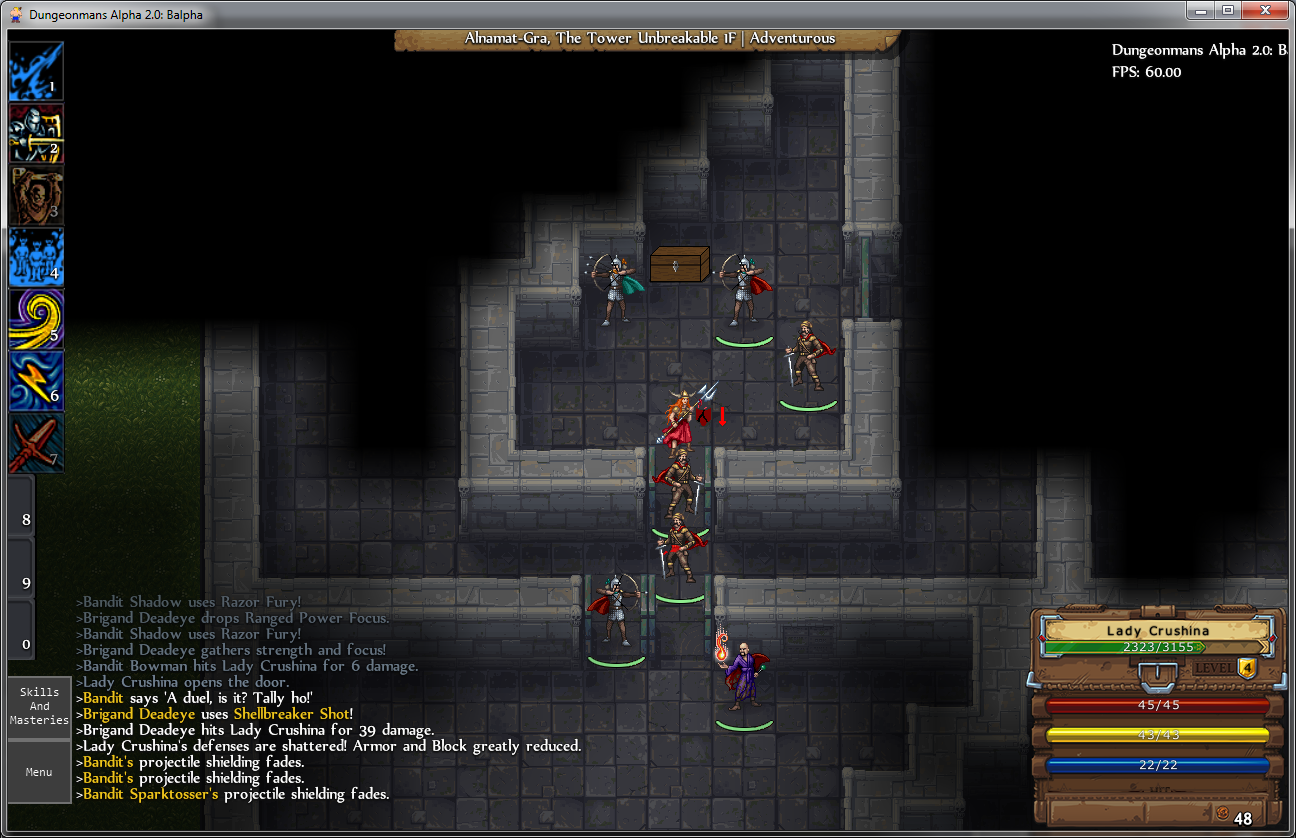 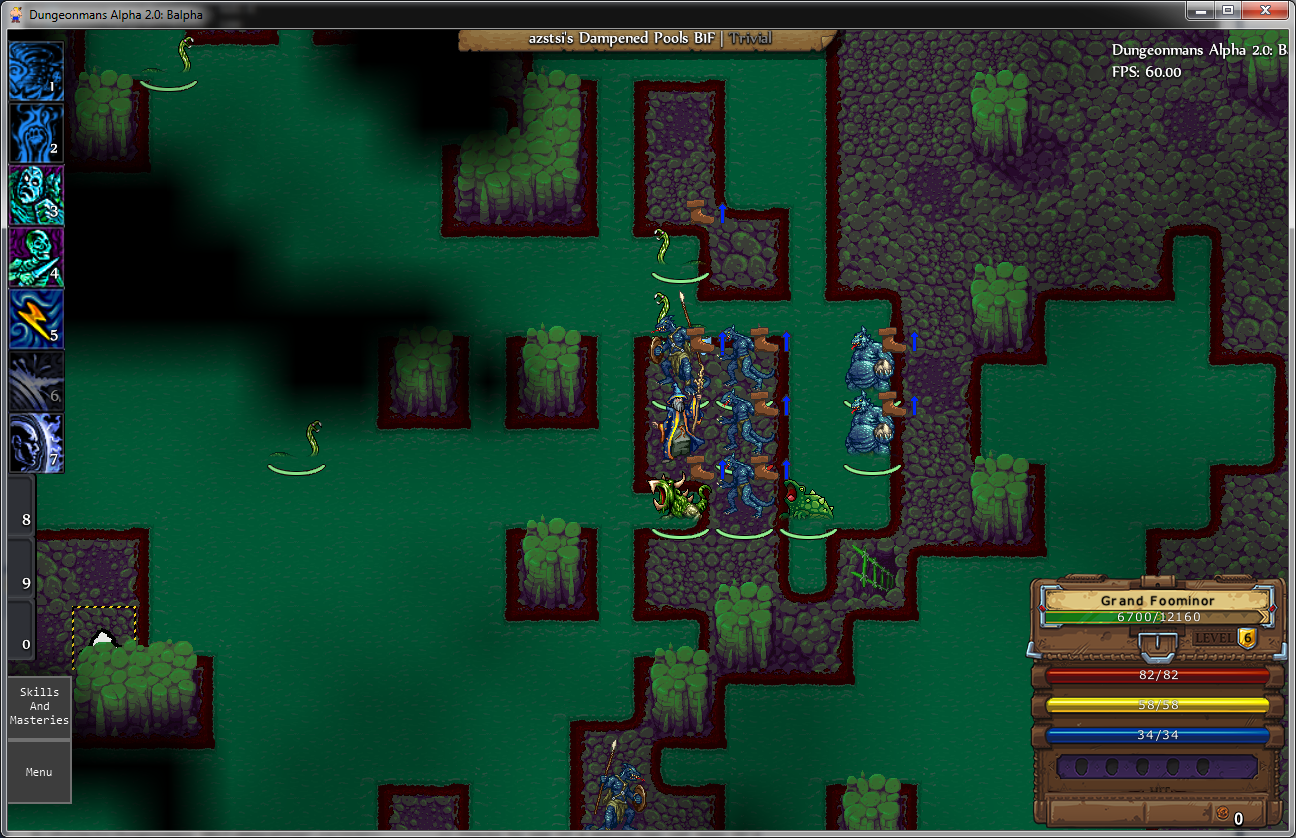 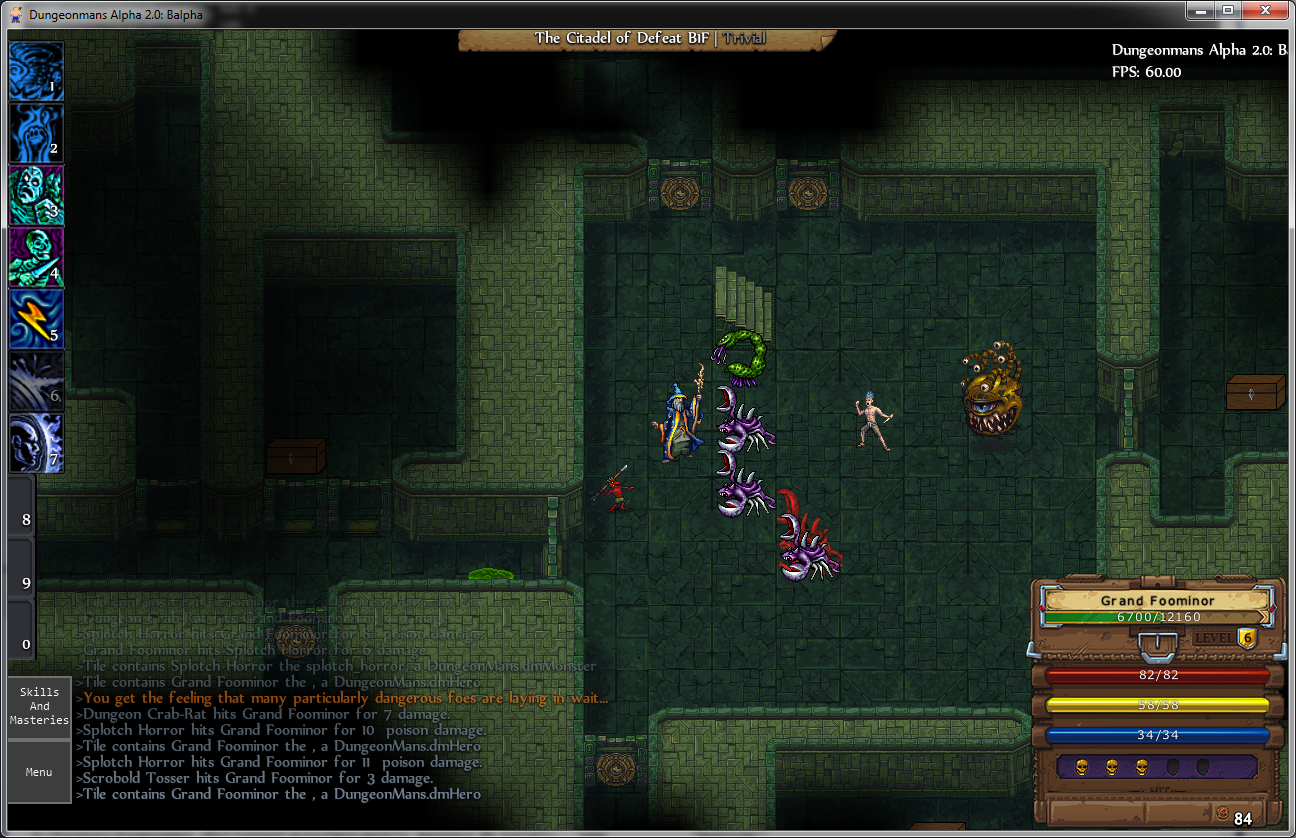 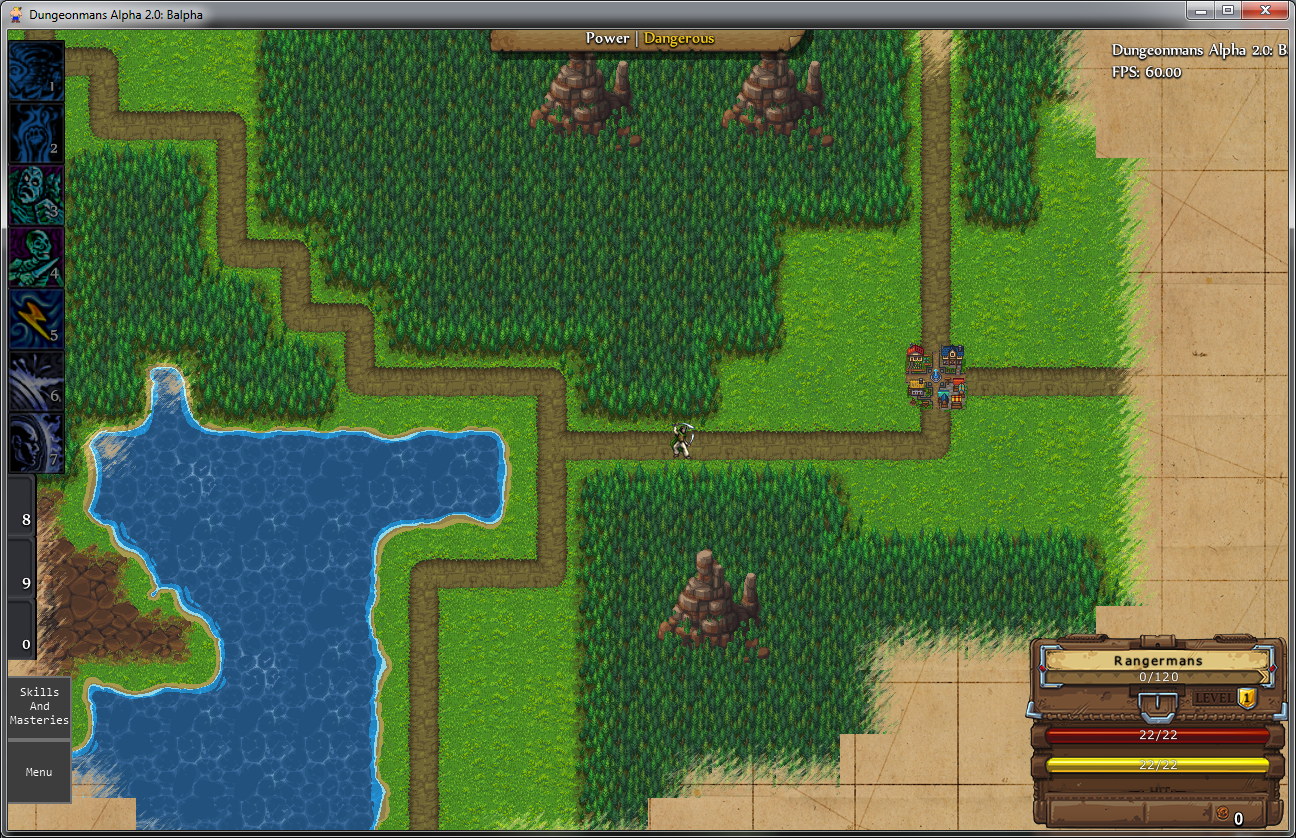 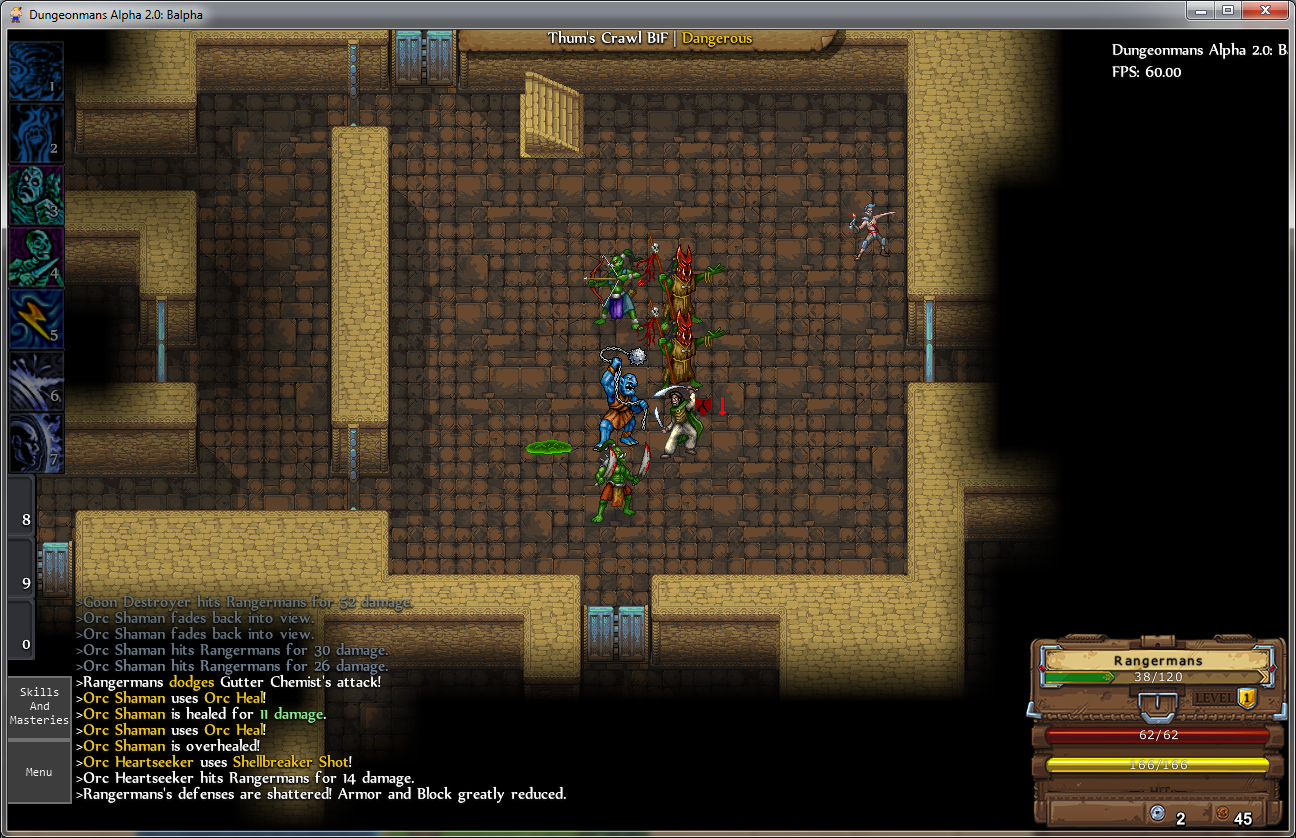 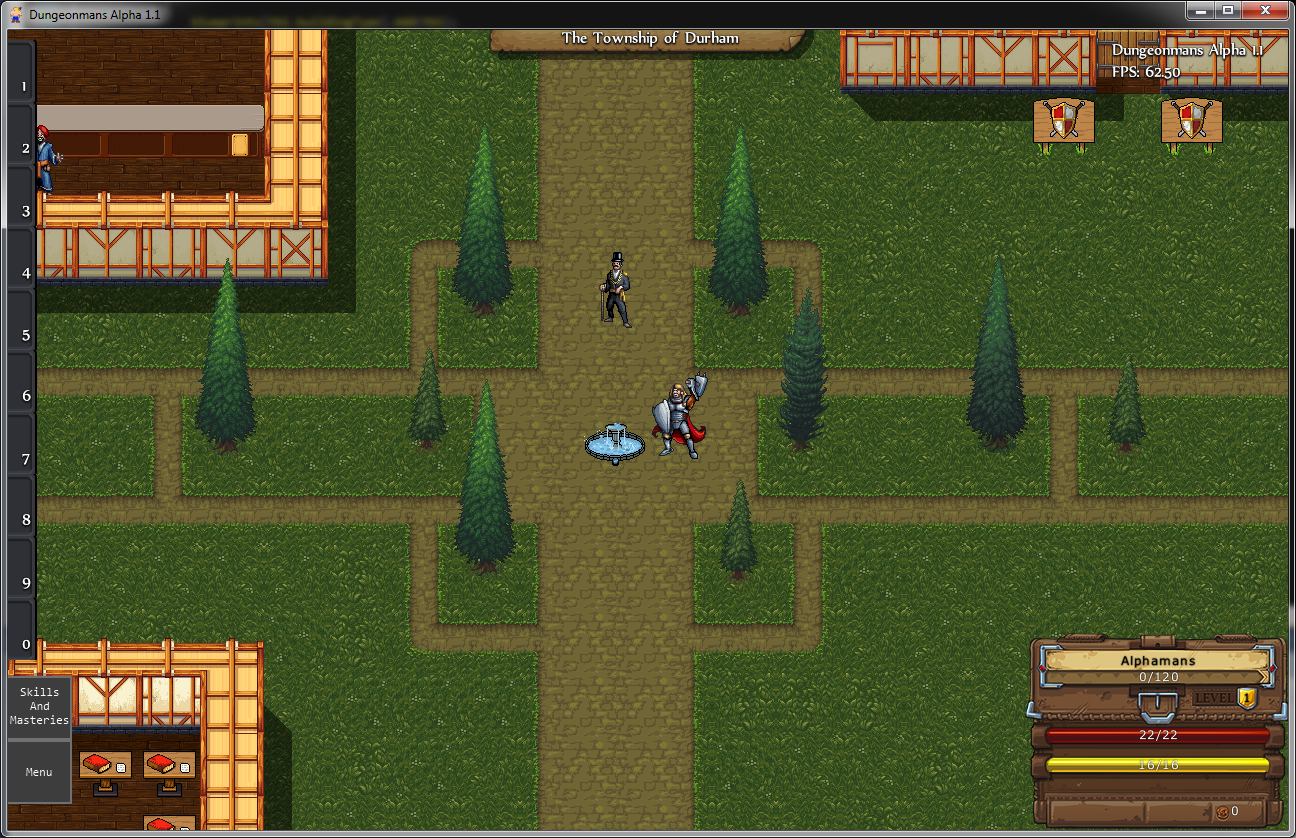 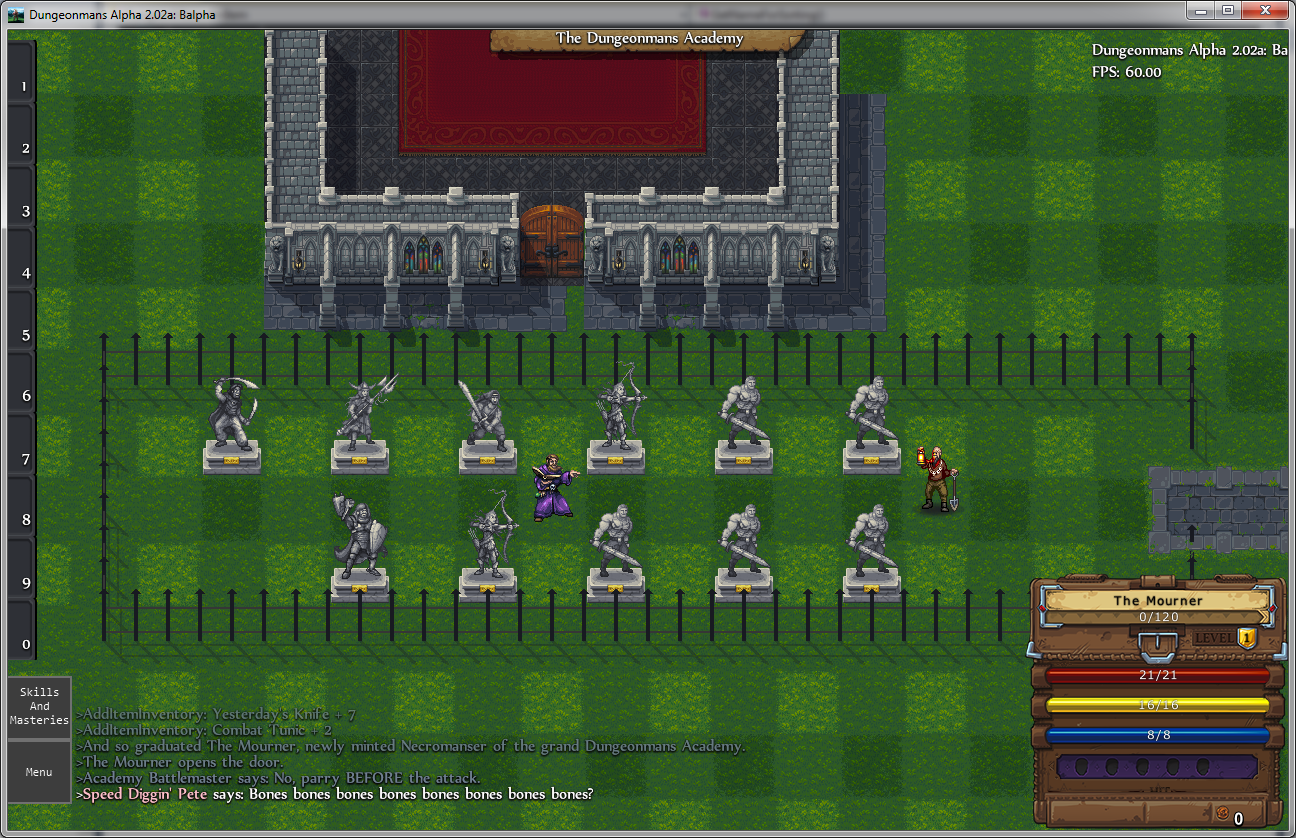