TraumaRL is a 7DRL written for the 7DRL Contest 2014 by flend. The game is a survival shooter set in a space station where something has gone terribly wrong. It uses graph-based level and quest generation to provide a semi-procedural plot and quest structure which differs in some aspects each play. It is the direct successor to FlatlineRL and continues the plot from that game. 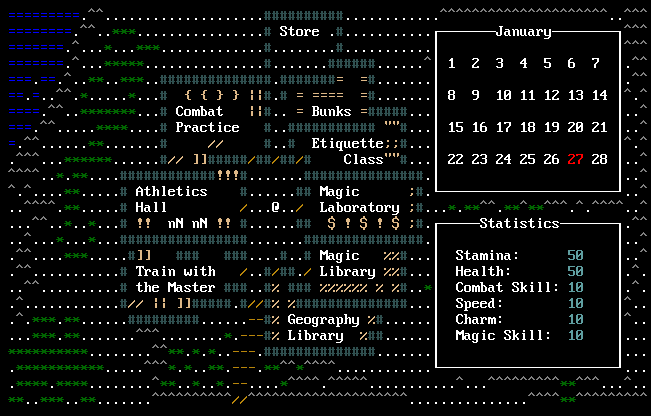