Warsim is a coffeebreak roguelike

In Warsim your only goal is to keep the Kingdom of Aslona from destruction at the hands of it's enemies, fighting off the rebellion of Faradal the Kinslayer and his turncoat army. The Massive horde of Phenor, overlord of the masses of bandits. The great goblin kingdoms of Krut and E'rak as well as countless other minor bandit groups and kingdoms of randomly generated races.

Warsim's goal throughout development was to simulate ruling as king unlike any other game before, you will be made to feel like the ruler of a kingdom, with countless decisions you can take to shape your realm and bring your kingdom into glory or obscurity.

Warsim is currently available on Steam and Itch.io

Warsim has some very unique features, including it's procedural face generation system, which can produce over 100 quadrillion different ascii faces for various fantasy races, so many that you can guarentee every face you see is completely unique to you and your game and will not be seen again.

Here is an example of a group of procedural orc faces: 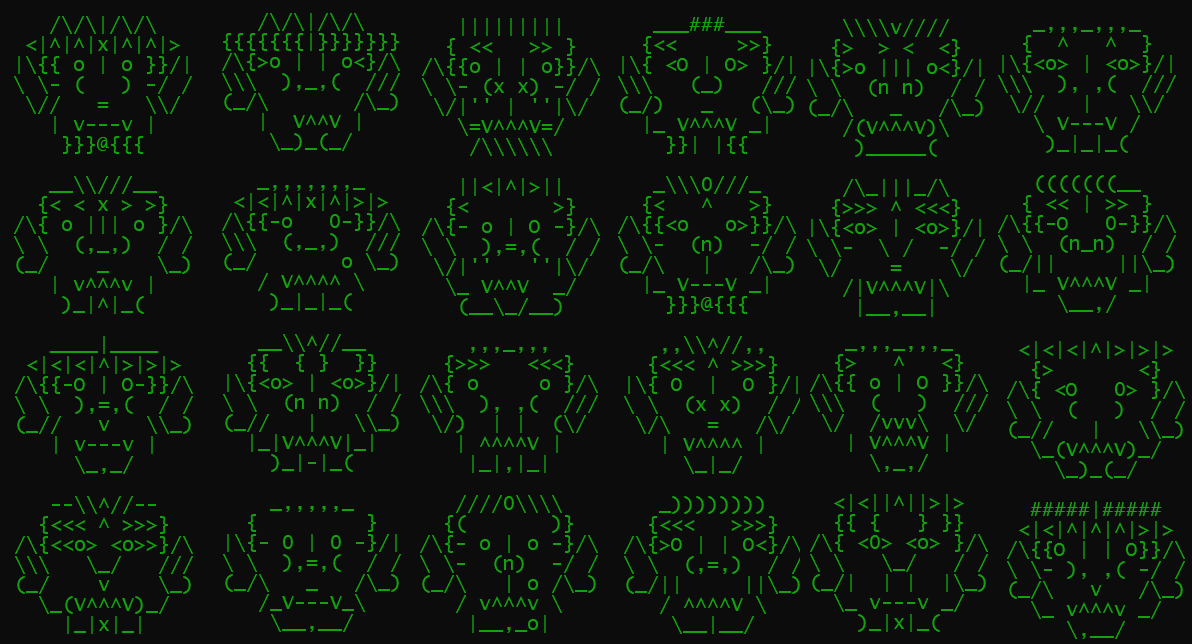 A concise development history can be found over on the Warsim subreddit, which documents the last few months of development and near-daily changelogs and updates to the game.

Here we see the near north, one of the areas that can be discovered and explored, in this screenshot the place has been fully conquered by Aslona

Here we see the arena is a much more upgraded state, with more options and a better look

Here we see a resonably sized throne room with a long line of visitors.

Here we see the blackmarket, a large and busy location

Here we have a character called Cedarcrown, who is the ruler of a randomly generated kingdom of swamp treemen

Here we see the extras menu, showing off some of the many external features beyond just the normal game

Here we see the goblin ruler of a mercenary group

Here we see the demonic realm and monstrous place!

Here we see a district of Goblinwood, a goblin town to be discovered int he world

Here we see the historians guild, a place you can go and take exams and classes.

Here we see a vampire bard playing a song